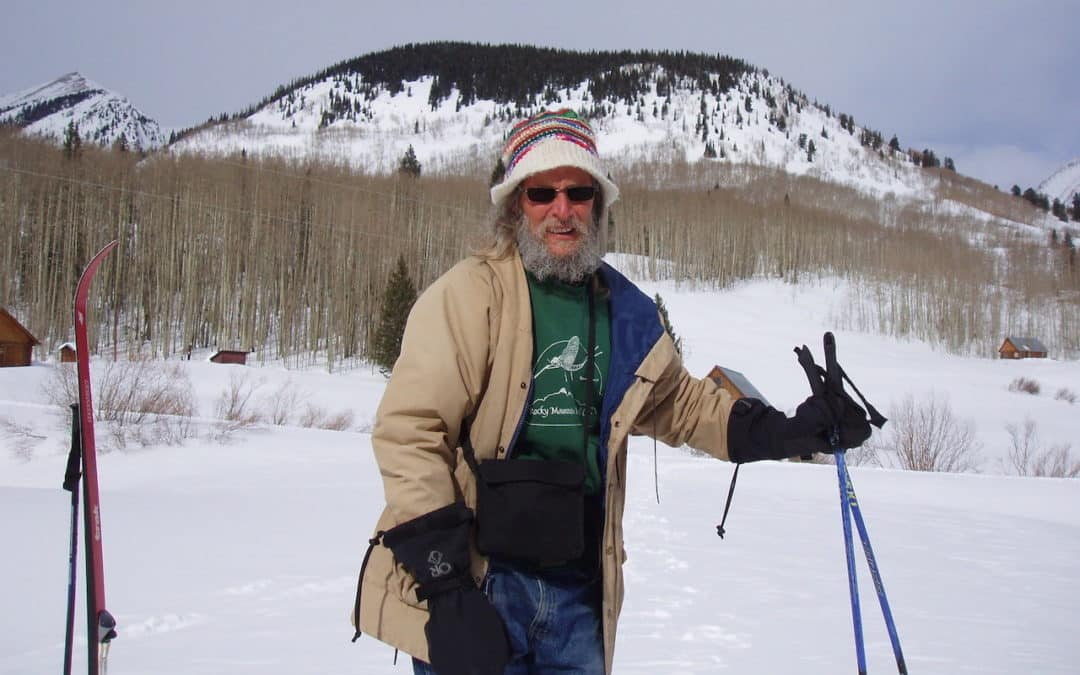 When thinking of a true Colorado mountain man, one person comes to mind. That would be no other than billy barr (billy does not capitalize his name). Billy has lived 46 of his 68 years in the rugged little abandoned mining town of Gothic, Colorado. Initially, billy had only intended to spend one summer in Gothic. Winters can be harsh in the Colorado Rockies. While roads are open during the summer months, one must ski or snowshoe in and out in the winter.

It was 1973 when billy dropped out of college and moved into an abandoned mining shack at the base of Gothic Mountain. In 1974, out of sheer boredom, billy began taking notes on the weather. Each day he would record the low and high temperatures. In addition he would measure the new snowfall, snowpack depth, and snow-water equivalent. Now, 45 years later, this true Colorado mountain man has stacks and stacks of yellow notebooks containing precious data. Several studies have cited billy’s data, including one in the official journal of the National Academy of Sciences.

Gothic is just over eight miles from downtown Crested Butte. While that is about 25 minutes by car, the trek takes more than an hour by skis. Weather permitting, billy makes the journey about every other week for provisions.

Read more on Colorado mountain man billy barr:
The Profile Of A True Colorado Mountain Man
Why This Man Spent 40 Years Alone In The Woods Collecting Weather Data
From A Remote Cabin In The Snowy Hills Above Crested Butte…